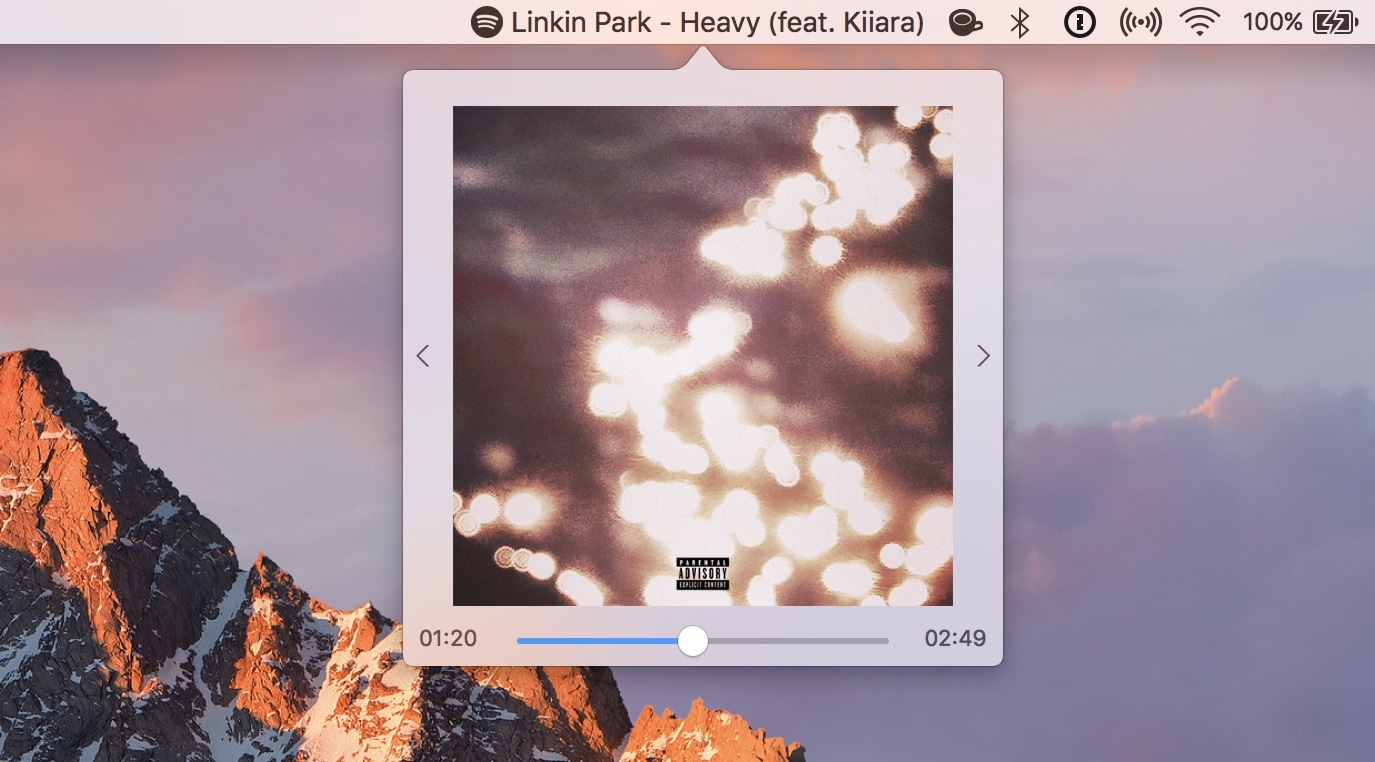 You navigate your library via a single drop-down menu in the top-right corner. The current track's progress is shown at the top of the window, and playback controls are in a row at the bottom.

Click the eyeball icon in the bottom-left corner to switch to the current track's cover art and rating. When the shuffle setting is off, the icon in the bottom-right corner of the window pops up an alphabetical list of your library. When shuffle's on, the upcoming tracks appear in the pop-up window. Unlike MediaMonkey, Ecoute displays your iTunes playlists. Select a playlist on the left side of the window to view its contents on the right side. When I tested Ecoute I sometimes had to switch between views to have the vertical scroll bar appear in the two windows.

Ecoute really shines on the iPhone. Both Ecoute and the iPhone's built-in music player give you the same basic view options: Artists, Albums, Songs, Playlists.

The iPhone player lets you swap out one of these options for Compilations, Composers, or Genres. Ecoute's iPhone app has a Podcasts button and a Search box that slides in and out of view. The big difference between the two apps is the appearance of their lists. With the exception of small thumbnails in the Album view, the iPhone's lists are text-only, but Ecoute shows each entry's cover art when it's available.

Other differences between the two apps are more subtle. For example, when you select an album in Ecoute, the cuts appear in a pop-up window. On the iPhone the track list slides over the album list. Both apps give you the option to shuffle the album tracks. When you're listening to audio in Ecoute, double-tapping the iPhone button shows the playback controls on the lock screen just as when using the device's built-in music app.

Ecoute works with Siri as well: when the app is active, say "play" and the name of the song to start playback in Ecoute. Open the device's Settings and choose Ecoute to activate shake to shuffle and to choose a shuffle behavior. Other options let you change the player view to show the player when a track is selected or when the app detects inactivity. You can deactivate left or right swipes to move to the next or previous track, and switch the program to left-handed mode.

In the bottom-left corner of the Ecoute window is a button that lets you send Last.

You can also post a message about the track now playing to your Twitter feed or Facebook status. I'm much more likely to use Ecoute on my iPhone than on my Mac because I like having easy access to the iTunes Store, playlist creation, and CD burning, among other features.

Some people rarely use more than the play and stop buttons on their iPhone's music player. But anyone who spends time rummaging around their iPhone music library will find the Ecoute app a genuine bargain. Be respectful, keep it civil and stay on topic. We delete comments that violate our policy , which we encourage you to read.

Finally, open up the SpotMenu. If you would like SpotMenu in your native language please translate this file and either create a Pull Request, send it to me via email or post it to this issue. 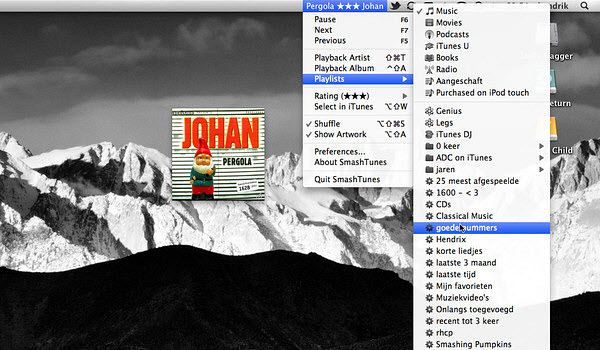 I will add it to the next release of SpotMenu. This project exists thanks to all the people who contribute. Become a financial contributor and help us sustain our community. Support this project with your organization. Your logo will show up here with a link to your website. Ignore Learn more. Dismiss Join GitHub today GitHub is home to over 40 million developers working together to host and review code, manage projects, and build software together.

You signed in with another tab or window. 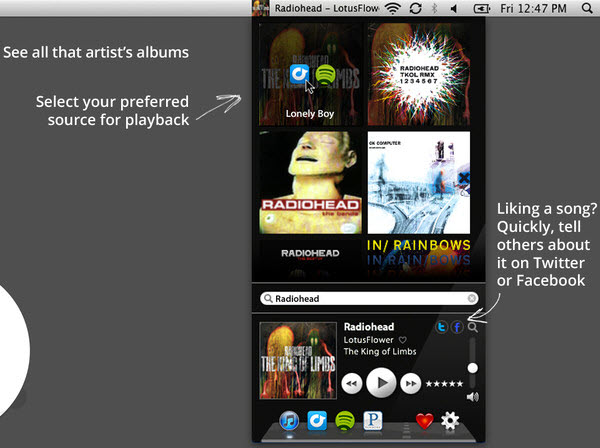 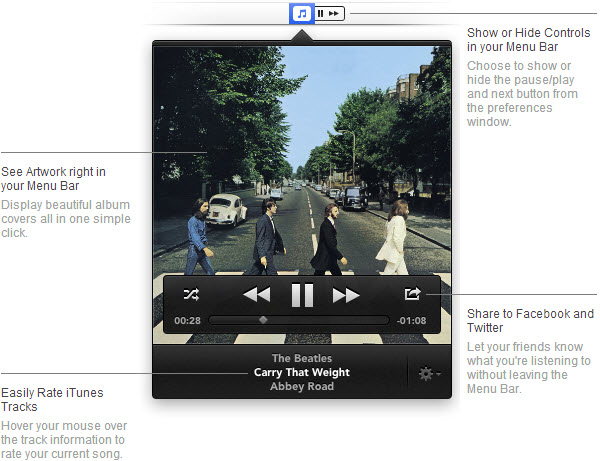 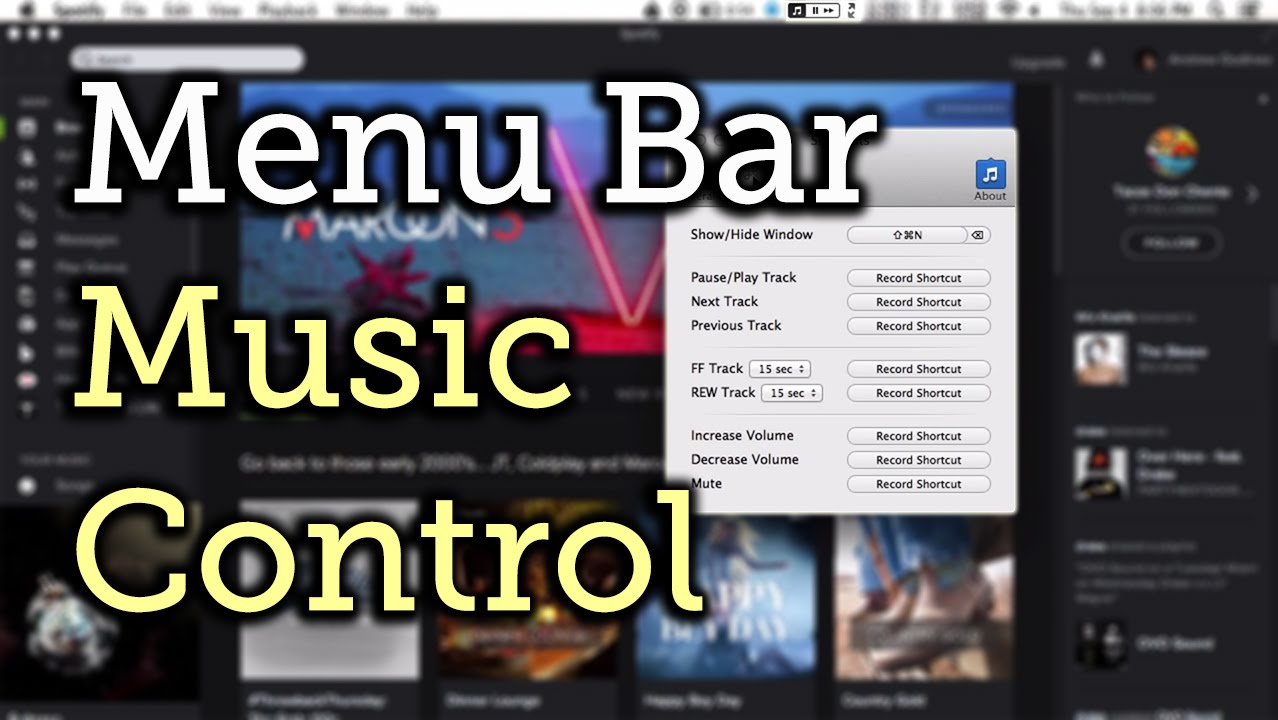